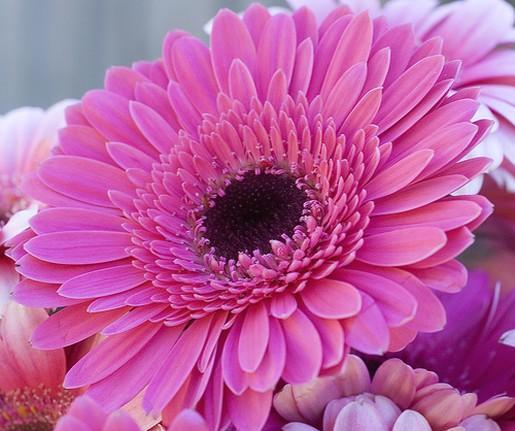 Dr. Ramirez, I have a problem with progesterone but my symptoms are not typical of an allergic reaction. My husband and I have done 3 IVF cycles, all failed. They were all chemical pregnancies

1st cycle: The day after the first progesterone in ethyl oleate injection, I developed chills, a high fever, blood pressure drop and an elevated heart rate. The doctor thought it was an infection but the lab results were negative. I was then switched to Endometrin which caused intense vaginal itching and burning. So the RE put me on Crinone which also resulted in intense burning and terrible headaches.

2nd cycle: I was put on compounded progesterone capsules. After 5 days, I developed severe redness, swelling and pain. So I was then put on compounded suppositories which looked like white bullets. These caused burning and bleeding. The RE then had me try progesterone in sesame oil injection. About an hour after the shot, I became flushed and felt like I was going to pass out. I also developed a fever, drop in blood pressure and an increase in my heart rate.

We then did a mock cycle with the compounded progesterone capsules along with Zyrtec and Singulair. When the vaginal redness, swelling and pain returned, I was put on Benadryl. Unfortunately, that didn't work either.

3rd cycle: The RE had me do daily HCG injections along with oral Prometrium 200 mg three times daily. I had no problems with that protocol but it was not successful in achieving a pregnancy.

Prior to my mock cycle, an allergist tested the various progesterones to which I had an adverse reaction. The prick test was negative for all but the intra-dermal shots induced a wheal (9 & 10) and flare (both 12).

Is there a way to either prevent symptoms from developing or are there other progesterones which will not induce a reaction in the first place? Thank you! S. from Michigan

I think that you should avoid compounded progesterone. Instead, you could try an injectable progesterone made with an oil other than sesame oil so that would be one option, or a pharmaceutical formulated progesterone such as Crinone 8% or Endometrin would be alternatives. I use a pharmacy called MDR who makes an progesterone in a different oil that is less viscous and more easy to inject. I presume that the injectable that was tested by your allergist was with sesame oil. It is most likely that the allergen was the "oil" and not the progesterone itself, since the oil is a protein. You might want to have him check that.

Although there are no pharmaceutical companies that sell transdermal progesterone products on the market, there are a lot available through health stores and the internet, and also can be compounded. I don't use them so can't attest to their effectiveness or dosage but have seen some studies looking at them. It is possible that MDR can compound one for you.

The alternative for luteal phase support would be low dose HCG injections, like your RE has done. That has been shown to be effective. As a last resort, a surrogate could be used. Although expensive, it is an alternative that some of my patients have used with success when they could not carry the pregnancy for whatever reason.