Off The Pill After 12 Years, No Period: Trying To Conceive, What Can I Do?

The Fertility & Gynecology Center - Monterey Bay IVF Blog Off The Pill After 12 Years, No Period: Trying To Conceive, What Can I Do? 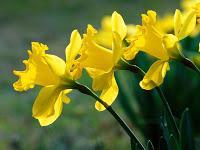 I went back to the doctor and got another injection. Two days later I had light spotting and nothing else. Is this considered a cycle? I am suppose to start Clomid on day five, but I am worried that the progesterone is not working for me and that the absence of my period is something else. Also, is there any difference in results if I were to take Provera instead? I am 30 years old, and really want to start having children. Should I try the Provera or just go on to an infertility specialist? I am so impatient and ready to get started, but very frustrated. Please help! L. from Tennessee

Hi Lisa from the U.S. (Tennessee),

Obviously your current doctor is wasting your time (and has done so three times), so I would recommend that you go see a fertility specialist. Not only will you have an appropriate evaluation done to see why your ovaries are not working, but you'll get the appropriate treatment and get pregnant in the shortest time period.

Basically, progesterone injections and Provera (progesterone) accomplish the same thing, which is to induce a withdrawal bleed. So, using Provera won't make any difference. The reason the bleed wasn't much is because you probably did not have much of an endometrial lining formed. In that case, the light bleed would be the first day of the cycle and the counting of the cycle days would start from then. However, before starting the Clomid, a baseline ultrasound is usually done to confirm that you are on your period, as evidenced by a thinned lining, and that there are no cysts in the ovaries that might prevent ovulation. Having a cyst in the ovary is a contraindication to using Clomid or any other fertility drug.

Serious Health Effects of Menopause and How to Avoid Them

Menopause is a major life transition that can have profound effects on your life. Learn about the serious health risks associated with menopause and how to avoid them.

Your annual well-woman exam has so many benefits. Learn more about 7 of the biggest rewards you can get from such an exam.

Genetic testing isn’t just for people who have known problems. Learn why everyone can benefit from genetic testing.

All About Intrauterine Insemination (IUI)

Intrauterine insemination is a procedure that improves your chances of conception. It places semen directly into the woman’s uterus.